Concrete Can’t Keep us from Growing: On Spring and Dandelions

Home/Updates/Concrete Can’t Keep us from Growing: On Spring and Dandelions
Previous Next

Concrete Can’t Keep us from Growing: On Spring and Dandelions

As part of our 2018 Fall tour, we rolled through Lincoln, Nebraska. Friends there have continued to discuss and organize, and when the bomb cyclone caused flooding throughout Nebraska and the greater Midwest, The Dandelion Network sprung up to respond. In their own words,

“In the face of climate crisis and systems of oppression, The Dandelion Network takes action. Growing at the speed of trust, we seek the emergence of liberatory relationships through mutual aid and crisis response. The Dandelion Network seeks to be anti-oppression and anti-racist. We commit to critically examining our actions and being held accountable as we grow within joyful and resilient communities.”

We are thrilled to see the autonomous disaster relief movement growing. On The Dandelion Network website, one can find requests for aid, current mutual aid efforts and resources related to the Midwest floods.

On the Pine Ridge Reservation (Oglala Sioux Tribe), according to tribal officials, 1,500 citizens remain displaced from their homes and 75-100 structures have been damaged by flooding. 500 people remain without access to potable water, culvert systems are blocked, and some roads are still impassable. Click here for Democracy Now! Coverage of the situation. Fort Collins Mutual Aid, Front Range Mutual Aid, and Operation Oyate have been engaged in mutual aid efforts. Contact their pages directly for more info and to plug in. In addition, the Oglala Sioux tribe is organizing relief efforts and asking for the following volunteers: administrative assistants, contractors, engineers, skilled laborers, accountants/bookkeepers, and grant writers. Inquire at [email protected]

Want to help from afar? The Oglala Sioux Tribe is also requesting that people use this form to email President Trump and urge him to provide federal disaster relief to the Pine Ridge Reservation and other flooded areas in South Dakota.

And currently, many of the same areas in the central part of the country are being hit again, this time by Winter Storm Wesley.

Internationally, Cyclone Idai caused devastating high winds and flooding in Zimbabwe, Mozambique, Madagascar, and Malawi. In the Indian and south Pacific oceans hurricanes are called cyclones, in the northwestern Pacific they are called typhoons. To read more about #CycloneIdai click here and here.

The Response podcast is gearing up for Season 2. In Season 1, they shared stories of community-led disaster recovery projects and examples of disaster communalism from Hurricane Sandy in NYC, Hurricane Maria in Puerto Rico, and the Tubbs Fire in Northern California.

For Season 2, they’re looking for stories from around the world such as the 2011 earthquake, tsunami, and nuclear meltdown in Japan; the 2017 earthquake in Mexico City; the 2017 monsoon flooding in Bangladesh; and Hurricane Florence in the southern US in 2018, but will also be open to stories from other natural disasters that occurred in the past 10 years. They’re looking for audio producers who are currently based in one of the above locations, ideally with deep ties to the region, to tell the story. More details, including pay, application deadline, and more can be found here.

If you haven’t heard The Response yet, check out their previous episodes by clicking here.

Skilling up and Connecting Deeper

Interested in energy efficiency, solar storage, nano-grid systems, photovoltatic sizing, battery sizing, cost and other concerns and challenges in creating solar infrastructure after disasters? Check out this webinar, by our friends and partners at Footprint Project. We hope to have more webinars and skillshare presentations available soon!

If you would like to take a more active role in Mutual Aid Disaster Relief’s continued organizing, and even if you can’t be involved on the ground in an ongoing mobilization, there’s many additional ways to plug in: organizing benefit shows, creating art/graphics, helping with internet technology, creating written materials, and more. You can always email us at [email protected] or interact with peers in the network via our Facebook group.

Up with the Spring! May we all rise like the flowers when the rains come.
w/ love 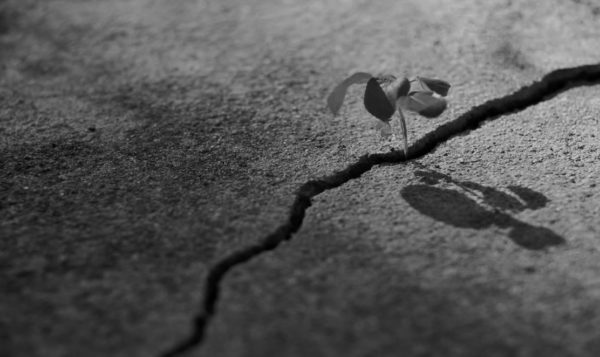 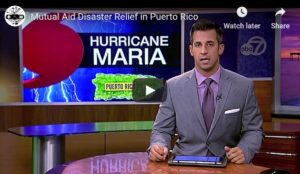